Funeral services were conducted on Tuesday at the Georgas Funeral Home for John Schwamb of Willard. Mr. Schwamb, 88, died at his farm home on Saturday, April 1, 1950, after an illness of six weeks. Rev. Virgil Nulton officiated. Burial was made in the Town of Seif Cemetery.

Mr. Schwamb was born October 10, 1861, at Cedar Creek, Wis. He came to Clark County with his parents at the age of sixteen. He did farm work and was employed in logging and lumber camps. He received his education in Washington County. He farmed in Clark County for 72 years; was town assessor and school treasurer for many years.

On April 5, 1884 he was married to Mary Jane Blanchard at Neillsville. Four children were born to them. He is survived by his wife and two children, Art Schwamb and Miss Marion Schwamb of Willard; eight grandchildren and five great-grandchildren.

When Arthur's role in life's experience was complete, he was buried in Neillsville, Clark, Wisconsin on a cold winter day on the second of February in 1966.. 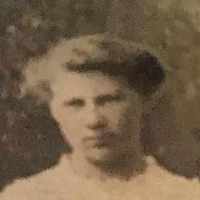