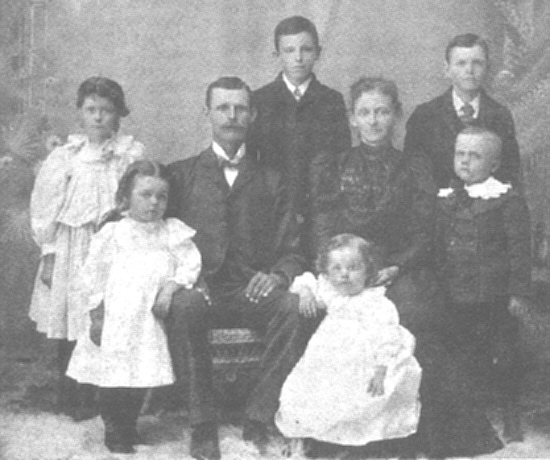 The Theodore Emling family moved to Abbotsford from a farm in the Spencer territory in 1916. Theo. Emling and Al Strebe bought the Overland garage from A .J. Young in 1919 and operated the business under the name of Emling & Strebe. The garage burned down in 1926 and the partnership was dissolved. Members of the Emling family were Harry, Charles, Fred, Sadie, Addie, Ned, Laura, Eva, Eda and Irene. Mame Emling, wife of Harry Emling, is still a resident of Abbotsford. Laura lives in Angola, Indiana, and Charles lives in Stanley.