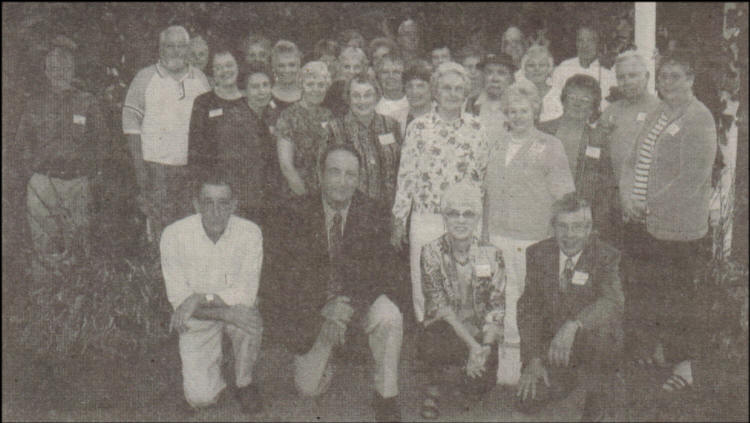 The Neillsville Class of 1956 gathered on Saturday, September 16, 2006, at Fannies Supper club for their 50th reunion.

Prior to the dinner, several members met at the Neillsville High School for a tour conducted by District Administrator John Gaier. Master of Ceremonies for the evening was Ben Urlaub. Honored guests were Mr. and Mrs. Henry Lukes. Henry was a former math teacher and coach. There were originally 71 graduates in the class. Twenty-nine were present along with spouses and guests. A moment was taken in memory for 18 deceased classmates.

Mary Lou Meredith co-sponsored a "50 Year Lament" for the class and quiz relating to businesses in the 1950’s.