Charles E. Austin purchased a farm along the Ridge, one mile east of Neillsville, circa 1870.  He was the first Clark County farmer to own a cream separator, silo, and operated the first creamery and cheese factory.  The creamery was located in the farmyard, north of the house.  John Langreck was the next owner of the property and built the barn that still stands on the farm.  Langreck, with workers including his brothers, are in the photo taken during the construction.  Charles Bollom bought the farm, from the Federal Land Bank, during the Depression years.  Jack and Joan Counsell are present owners of the farm. 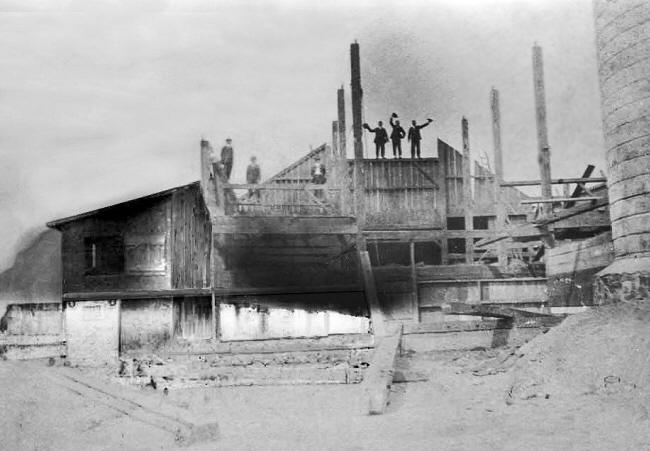 (Photo courtesy of the Counsell Family)

Charles Eugene Austin, the son of George & Merinda N. (Kimball) Austin, was born 3 Oct 1853 and married Essie Ward in 1887.  He died 8 Apr 1934 in Neillsville, Clark County, Wisconsin.  He was buried in the Neillsville, Wis. City Cemetery.