Harry C. Haralson, who returned from Michigan to spend the summer months at the home of his son, Leroy Haralson, had a real thrill one day last week when a couple of men drove into the yard and stopped to visit with him. One was his cousin, Louis Larson, of the state of Washington. He was accompanied by Henry Olson, of Greenwood, Mr. Larson’s former home, and where he had been visiting. They did not stay long but they did a lot of visiting while they were here. Louis Larson was a son of Anton Larson, who married Mrs. Haralson's mothers' sister. They later moved to Greenwood but left there 56 years ago and are now in the state of Washington. Henry Olson, Greenwood, Mr. Haralson and Mrs. Larson's folks all lived at what was known as the "Tibbitts Steam Mill" in Oak Ridge.   lt was called the steam mill because it was run by an engine instead of water, as the usual mills in this section were. Herman J. Gebhardt and Robert Woodford, who were visiting at the Woodford Golden Wedding a week ago Sunday, could remember the steam mills. Mr. Haralson can remember being rolled in a blanket when a small child, carried out of their house at the Tibbitts mill and sitting out in the snow and watching the house burn. His father was the late John Haralson. July 30th Mr. Haralson will be 86 years of age. For his years he is one of the youngest looking men we know. He thought Mr. Larson was about 80 years of age. The two cousins had not been together for 70 years.  Black River Falls, Banner Journal, date: 08/01/1951, page: 07

The Children of Harold and Eva Ingalls Haralson 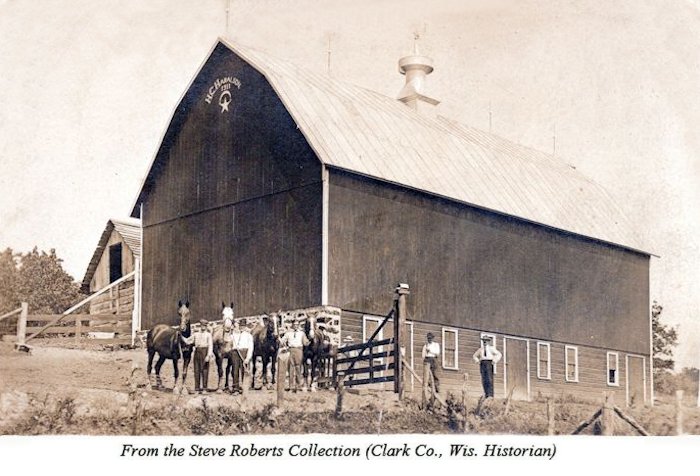