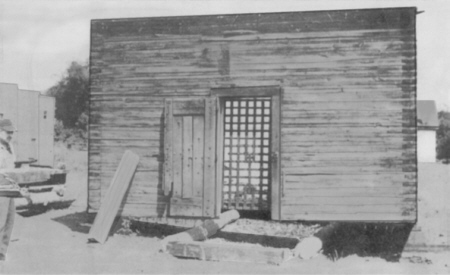 Clark County's first jail, constructed of oak planks, laid flat, and thickly studded with spikes, was built in 1866. In 1882 it was purchased by the City of Neillsville and moved to the south side of city hall. It was later moved west of Grand Avenue and south of Eighth Street where it was razed in the 1930's.