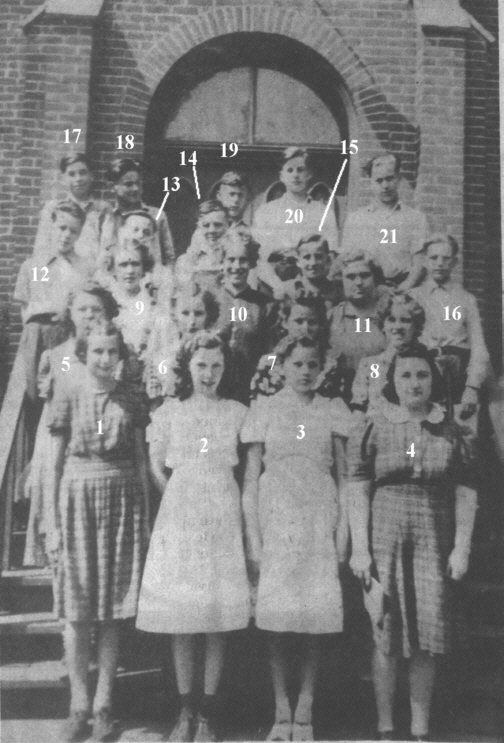 The air was filled with trouble. These eighth grade students read the newspapers, heard Edward R. Murrow over the radio and listened to their parents talk about Neville Chambelain, Adolph Hitler and FDR. War appeared to be on the horizon. For many of the students, their older brothers and sisters would soon be off to battle.

The students were members of the eighth grade graduation class at St. John's Lutheran School in Neillsville. Taken in May of 1940 on the steps of the old St. John's Church, the students were set up for the photo session by teacher Erich Sievert and the Rev. William Bauman.

In the group were:

The photo was loaned to the Clark Co. Press by Mrs. Robert (Lorraine) Stiemke Gaylard of Homosassa, FL.

Note: This Lorraine Stiemke is the one who was married first to Ralph Gottschalk and after their divorce she married Robert Gaylard. Lorraine died in 2002.