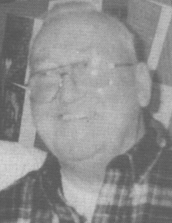 Arnold Herman Carl was born on May 11, 1920 in Neillsville, the son of Alfred and clara (Wieting) Carl. He attended St. John's School and then helped on the family farm. Arnold was united in marriage to Florence Zimmerman on June 1, 1946. He hauled milk for Bill Davis, August Janke and Schoolcraft's from Black River Falls, to the Neillsville Condensery. In 1944 he went to work for the Clark County Highway Department and worked there for 42 years doing various jobs including working in the black top pit, hauling gravel, plowing snow and maintenance. He was a member of the Marshfield Eagles Club. Arnold retired in 1985 and enjoyed his retirement years traveling around the state.

Arnold was preceded in death by his parents, a son Ronnie, a sister Nelda Voss and a brother Victor Carl.