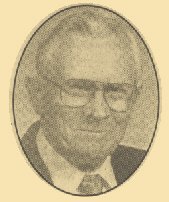 Leland "Lee" Hansen, age 89, of Neillsville, died peacefully at home on March 11, 2004, surrounded by his family and Marge Garbisch, his partner for the past 13 years.

Leland Floyd Hansen was born on Oct.12, 1914 in Denmark, Wis. to Harry and Christine (Johnsen) Hansen. He spent his first few years in North Dakota, and returned to the Catawba, Wis. area where he attended the Red Tile School from grades 1-5. He attended grades 6 & 7 at Eaton school and 8th grade at Mound School (north of Christie). On Sept. 1, 1936 at Loyal, he married Dorothy Rennak. Lee farmed most of his life around the area and also had a milk hauling route in the 40's and 50's, doing custom hay and combining as well. After selling the farm in 1972, he moved to Neillsville and worked in the woods cutting timber and pulp. As an employee of Clark County he managed Russell Memorial Park at Hatfield from 1970 to 1977 and groomed snowmobile trails around the Bruce Mound area. He also drove bus for Neillsville Schools until the age of 72. Bowling was a favorite pastime of his. He was on leagues since 1942 until just last year. He always looked forward to deer hunting season and participated through the age of 88. He also loved to trade cars (more than 50).