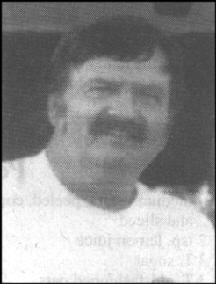 A 52-year-old Loyal man was killed last week when the car he was driving was struck by a train in northeastern Clark County.

According to a press release from the Clark-County Sheriff's Department investigating the incident, preliminary reports indicated that Roger D. Wehe was driving his car southbound on Badger Avenue as a Canadian - National train was approaching. He attempted braking his vehicle but was unable to stop before being struck by the train.

The train signal at the crossing was a simple cross-buck sign having no warning lights or barricades.

According to investigating officers, the train had been approaching the intersection at a speed of 58 mph. The speed of the train at the time of impact was unknown.

The speed of Wehe's car prior to impact was also unknown. However, it was determined that, due to his inability to stop on the icy road surface, Wehe appeared to be traveling too fast for conditions.

The front of the train struck the front of Wehe's vehicle. Wehe, who was alone, was thrown from the car by the force of the collision. The vllage of Spencer ambulance service transported him to St. Joseph's Hospital in Marshfield. He was later pronounced dead of massive head injuries.

Wehe is Clark County's first traffic fatality of the year.

Roger Dale Wehe was born on Feb. 5, 1952, in Loyal, to Gene and Alice (Schmidtke) Wehe. He attended school in Loyal and then entered the United States Army in 1970. He married Katherine Revord on Nov. 9, 1974, at St. Anthony's Catholic Church. They resided in Loyal until the time of his death. He worked at Lato Construction, Grassland Dairy, Blue Chip Feed Mill, and as a graderman for the Town of Loyal and was currently a patrolman for the Town of Sherman. He was a loving husband, wonderful grandpa, and friend to many. He enjoyed fishing trips to Minnesota, the Green Bay Packers, and great Saturday adventures with his good friends.